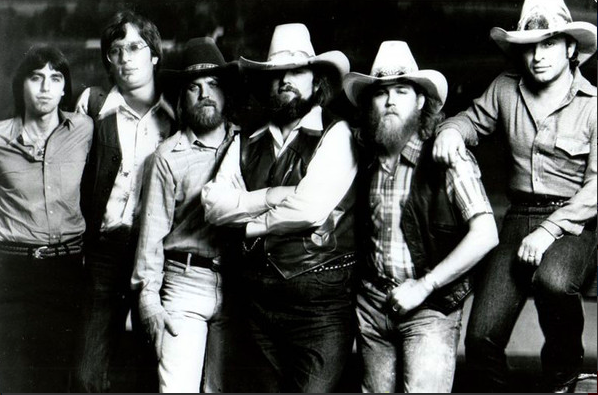 Happy Tequila Friday one and all. And as happy as we all are about it being Tequila Friday, I’m sure that you have seen or heard that Charlie Daniels died this week at 83.

I always liked the fire that he brought into the music world as he joined a long list of great country music crossovers. That said, I’m not going to really review his music, but I thought I would share how it came to pass that I met Charlie, spent about 20 minutes with him backstage, and how all of that turned out.

When I lived in Charlotte from 1977 to 1984, the Queen City was a quiet moderately sized city trying to grow up and find its place in the world. At least that’s how I see it looking back. When I arrived on the scene, it had already gone through a 70’s renaissance of sorts. As a matter of fact, part of that renaissance was in how it reimagined downtown, connecting a series of existing stores, including the Belk Department Store, with a series of enclosed pedestrian bridges and interior large hallways that made for the “Overstreet Mall” concept.

I found it cool and exhilarating. Afterall, I’d lived my life in small America up until then. So, to say that the city was embracing, if not starving, for attention and respect, would be an understatement. And that leads up to its brush with Hollywood, celebrities and the world stage. What helped bring it to the attention of the film industry was its kinship with NASCAR through the Charlotte Motor Speedway, its willingness to roll out the red carpet and pay homage to all things tinsel town and its chance at fame and fortune. And that is when the city and its reserved Southern elites ran into Burt Reynolds, Lonnie Anderson, Jim Nabors and “Stroker Ace.”

In 1982, the hype started with the sightings of the stars and crew filming at locations in and around Charlotte. Women swooned just knowing that the rakish and sexy Reynolds, the darling of fast cars, blue eyes and blonde women, was in town. Then it calmed down after principal shooting until the finished movie opened with its World Premiere in Charlotte. The production made big plans including a festive weekend of star-studded parties that culminated with the showing of the film in Ovens Auditorium to an invitation-only crowd.

I don’t remember the details of the manner in which WSOC-TV got involved with the premiere but Channel 9 was in some way a media sponsor of the event. That meant that in return for promoting the premiere and the movie the TV station got exclusive inside cooperation to produce a special that would air in concert with the premiere.

And, for the life of me, I can’t remember how it came to be that I was given the job of producing an interview with the musician whose music became the soundtrack for the film. That musician was Wilmington, North Carolina’s own Charlie Daniels. But I was tapped from the Promotion Department in an “all hands on deck” production effort. I was working with my long-time co-hort, Keith Smith, veteran station photographer with whom I worked over my time at WSOC-TV.

The day of the premiere we were allowed to set up in Daniel’s backstage dressing room for him and his band. We were going to interview him prior to their performance in front of the showing of the film and we would get 15 minutes max with the entertainer. And I was asking the questions.

I don’t remember all of the details except feeling nervous about handling the interview, also anxious about being set up, ready to go as soon as Charlie was ready. Our job was to get what we needed and then get the hell out of the way. Nothing could get in the way of the performance.

And then, suddenly the big man burst in, huge cowboy hat balancing out his lengthy straw-like beard. His body filled the threshold for a second and changed the air pressure in the room as he walked in, and his seven or eight member band flowed in behind him and scattered about the room.

“You the boys doing the interview with me before the show?” he asked, looking at Keith and me. “Yes sir, Mr. Daniels,” I said as Keith nodded as well. He reached out to shake our hands and said, “Well, let’s get to it. Where do you want me to sit?”

We had set up two chairs facing each other, lighting one side for Charlie. I wasn’t going to be on-camera at all. Thank goodness. Keith ushered him to the chair and ran a lavalier microphone on him, hiding the wire as we do. As he sat down and we talked for a second about what we were going to do and talk about, the band members were busy eating and drinking, popping beers and Cokes and snacking. As we were getting ready to record, the noise level in the room got pretty raucous. Keith, wearing headphones, pointed at his ears letting me know that the noise level would be a problem for our recording. So I did what I did whenever we were getting ready to start sound recording. I called for quiet with a “We’re recording, please can we keep it down for a few minutes.”

You would have thought that I had dropped a bomb in the room. Or maybe farted. I got what I wanted. The room immediately became silent. I also got what I didn’t want. An unhappy staredown from Charlie, who switched from likeable to not so much in that instant.

He drew down on me like he was holding a pearl-handled Colt 45 with eyes of steel.

“Nobody, and I mean nobody, tells my boys what to do! Especially before a show. You got that?”

Boy did I get that.

He sat on that for what seemed like forever. I didn’t know if he was done with me and the interview or what. I am sure that I mumbled some sort of apology while I looked straight at him to see if we were moving forward.

Then, his eyes smiled, and I remember that I could even see a smile through his massive beard.

“Now come on, let’s get this done. I want you to get what you need for the show. And then, me and my boys are going to go out there and light up this arena.”

The rest is a blur. I asked questions, probably run-of-the-mill what’s it like to be you? What was it like writing music for the movie, blah blah blah.

And then, they were gone, but not before Charlie leaned over and said quietly, “Sorry about that. I know you’ve got a job to do. But I’m pretty protective of my guys and the show,” he said. Then he winked and he was gone, playing his fiddle walking down the hallway.

Keith and I gathered our gear, carried it to the truck and I went back in to watch the show.

Sadly, the best thing about the event was Charlie Daniels and his band. The movie sucked. It would later bomb at the box office. And it did little for Charlotte and its relationship with Hollywood.

But it did give me a memory and a backstage pass to hear, “The Devil went down to Georgia” and see fire fly from his fingertips as he played that fiddle against the Devil.

So, pour a glass of tequila, rosin up your bow and hoist a toast to Charlie Daniels. May he rest in peace and beat the Devil again.

Hey! Keep it down down there, will ya?